The umbilical and epigastric hernias develop from defects of the abdominal midline, in the area called ” white line ” that is the common tendon that joins the right and left abdominal rectus muscles by merging and assembling the front and back tendon sheaths.

Why do umbilical and epigastric hernias form and what is their association with diastasis recti?

Often overweight or the habit of intense and repeated physical exertion aggravate a congenital defect in the white line hitherto dormant.

The presence of a diastasis of the rectus abdominal muscles is also frequently an aggravating factor and predisposing factor to the formation of umbilical or epigastric hernias, since the white line is thinned in its entirety, made fragile and subject to “puncture”, allowing this type of hernias to come out. 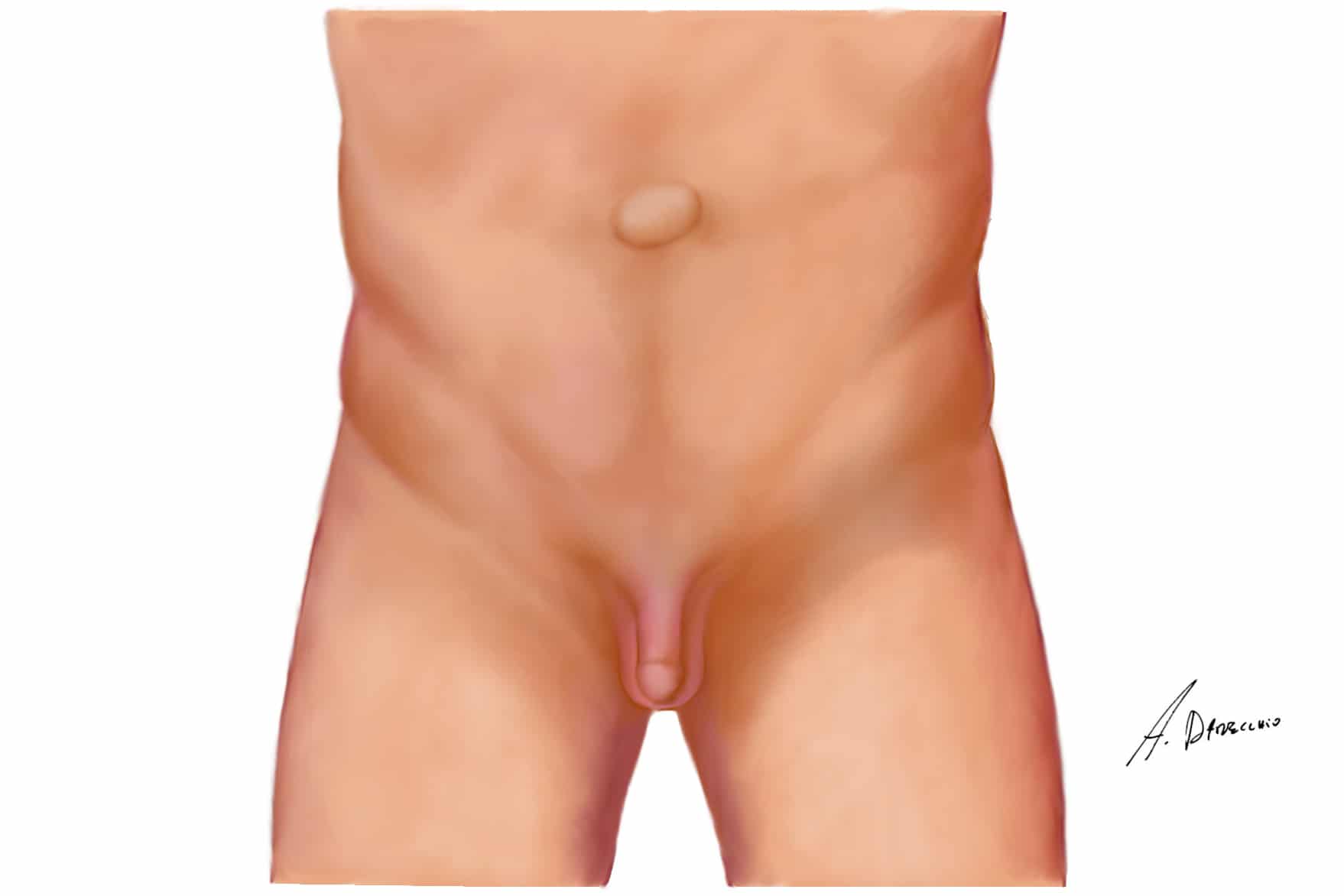 What are the symptoms and dangers of umbilical hernia and epigastric hernia?

Symptoms can be mild and tolerable, as can also be the case with inguinal hernia and crural hernia. Often associated with a sense of weight, swelling, and deformity, however, this may not be very visible in overweight patients.

Dangers are often more worrying than symptoms, hernial strangulation can be unpredictable and manifest after years of poorly symptomatic disease with vomiting and very severe pain. Once the hernial strangulation is in place, it is too late to plan an intervention and it is necessary to take emergency measures with much greater risks.

Can the abdominal belt or physical exercises heal umbilical or epigastric hernias?

The abdominal belt is a valid aid in the week following the surgery, favouring the compression and healing of newly operated and reconstructed tissues, but it is neither curative nor decisive if used as a stand-alone element. If used alone without intervention, over the years it can even favour the formation of adhesions and internal inflammations.

With regard to physical activity in people with umbilical or epigastric hernia, it must be considered that any exercise that increases abdominal pressure is potentially aggravating, especially exercises that train the abdominal muscles are misleading to the patient, With moderate muscle contraction, abdominal pressure is significantly increased, putting the hernia at risk, not to mention that the pathological tissues of the hernia are the connective tendons and not the muscles, so they cannot take advantage of any muscle hypertrophy provoked by training. For these reasons, unfortunately, there is no type of physical exercise that can heal the umbilical hernia or the epigastric hernia. There are, however, a number of physical exercises that can aggravate the situation.

What is the best intervention for umbilical hernia and epigastric hernia

The non prosthetic interventions of the last century often and willingly hesitated in recidivism (the hernia reappeared immediately or after a few months), then from the 80s on with the first polypropylene meshes the problem of possible hernial recurrence was greatly reduced but the problem of extended surgical incision, the possible infection, stabilization and tolerability by the organism of the prosthetic foreign body remained.

Robotic surgery in umbilical hernia repair and epigastric hernia is currently the most advanced method, allowing the positioning of the mesh in a more stable and pain-free surface that is the pro-peritoneal area. In addition, the risk of infection is minimised by extremely restricted access points.

Finally, the repair of the umbilical and epigastric hernia done by robotics allows the simultaneous treatment of diastasis recti when present and thus makes the abdominal wall more stable by reconstructing its original anatomy.

Which are the best surgeons and centres to operate your umbilical hernia and epigastric hernia?

In Italy in any hospital there is an excellent level of preparation on traditional open-air surgery, as far as robotic surgery is concerned the big limit is the economical side. In fact, hernias are considered to be minor diseases and not worthy of such expenditure in our health system. Scientific results and international guidelines, on the other hand, are clearly in favour of the use of robotics, since the results are excellent and recovery is rapid.

The centres where the robotic surgery of umbilical hernia and epigastric hernia is routinely carried out in Italy are only those of first-rate private surgeons, where economic expenses can be secondary in favour of the best performing method.